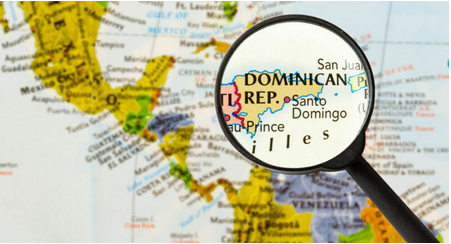 Researchers from health systems conducted a retrospective observational study out of the Dominican Republic, a nation that has been using ivermectin for a considerable time during the pandemic. The president of one of the financiers of this study, Grupo Rescue, was interviewed by TrialSite back in June 2020. Their results were published in the Journal of Clinical Trials recently, a Belgian-based peer-review journal. In this real-world structured case series conducted by Centro Medico Bournigal (CMBO) and the Centro Medico Punta Cana (CMPC), all patients were treated compassionately with Ivermectin and Azithromycin between May 1st to August 10th, 2020. They opted for this approach as the medical establishment in this Caribbean island nation has based their decision on existing observational data, including case series initiatives there. They haven‚Äôt had the luxury to conduct long-term, randomized controlled trials. This study included 3,099 patients with definite or highly probable diagnosis of COVID-19. Out of this population, a total of 2,706 (87.3%) patients were discharged for outpatient treatment, all with mild severity associated with COVID-19. Of those receiving outpatient treatment, an overwhelming 2,688 or 99.33% didn‚Äôt experience disease progression at all, including hospitalization; there were no deaths reports in this cohort. Of those in outpatient care that did require hospitalization, the total was only 16 (0.59%) and no associated deaths.

Of the entire outpatient population, only 2 (0.08%) required admission to Intensive Care Unit (ICU) and 1 (0.04%) passed away. Of the 411 (13.3%) patients hospitalized, 300 (9.7%) of them developed moderate disease and 3 (1%) passed away. 111 (3.6%) of those were diagnosed with severe to critical disease in the ICU and 34 (30.6%) died. Hence, the mortality percentage of patients admitted to the ICU of 30.6% is similar to those found in the literature elsewhere of 30.9% at the time of study onset. The Dominican investigators report that, however, out of total mortality rate of this study, that is 37 patients or 1.2% of total, that the results are considerably lower than world statistics.

This study obviously has limitations that will be pointed out by industry watchers and critics. That it‚Äôs not a randomized, controlled study but rather a retrospective observational study, which carries less evidentiary weight among the world‚Äôs major health research and regulatory authorities, such as the U.S. National Institutes of Health and the U.S. Food and Drug Administration (FDA). Regardless, TrialSite can attest after interviews and chronicling off label use in that country that considerable representation in the health sector there have reported amazing results. In the early treatment group with only one death and only 16 progressing to the hospital, the real world data output is frankly unparalleled in other countries.